With your ticket for this concert you have also access to the jazz concert 'Jazz in the Big Hall', starting at 9.30PM!

If you didn't know you had a soul, now you do!

Lili Boulanger belongs to the first generation of women to be admitted to a conservatory, and in 1913, she was the first female composer to win the prestigious Prix de Rome. Boulanger grew up in a family of musicians in Paris and was given every opportunity to develop. Composers regularly visited her parents. She knew all her life that her chronic illness would keep her from growing old, and she eventually died at the age of 24.
The starting point for this program is Lili Boulanger's masterpiece 'Pie Jesu'. Boulanger wrote it for a very unusual combination: soprano, string quartet, harp and organ. Monique Krüs, Ig Henneman and Annelies van Parys also composed and adapted compositions for the same combination of voice and instruments especially for this project. The concert will be performed by soprano Bauwien van der Meer, Helikon Quartet, harpist Doriene Marselje and organist Gerrie Meijers.

Although her music initially sounded impressionistic, Debussy-esque, Lili Boulanger soon created a style all of her own: more powerful, more angular. 'Pie Jesu' is her latest work. In the distance it is reminiscent of the piece with the same title by Gabriel Fauré, but Boulanger's version sounds less sweet. There's something ominous about her Pie Jesu too, it sounds heavenly and painful at the same time. Pie Jesu is sometimes referred to as Lili Boulanger's 'own requiem'.

The Dutch composer, singer and conductor Monique Krüs wrote 'Je vis, je meurs', especially for this project, to texts by the French Louise Labé. In her sonnets, this sixteenth-century poet looked at love from the other side: woman not as an object to be longed for, but as a self-desirous being. The Belgian composer Annelies van Parys, an important name in modern music, has adapted her work 'Medea' for soprano, string quartet and organ for this project. Her colorful music has a 'French feel' and is in the tradition of composers such as Debussy, Ravel and Boulanger. The Haarlem composer Ig Henneman adapted her 'Hinter der Wand' for this program and renamed it 'Beweis zu nichts'. A sober work, with many dissonances and with abstract texts by Ingeborg Bachmann. The boned character of the piece has been preserved. Henneman is relatively unknown in the Netherlands, but her works can be heard all over the world. 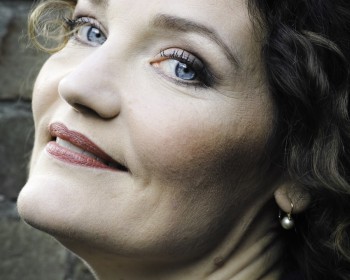